Please support the campaign against forced evictions of Roma in Romania! Sign the petition (open until 15 September) urging the Prime Minister of Romania to end forced evictions in Romania and help us reach our 20,000 signatures target. The petition is available in English, French, Spanish and Romanian on

First signatures for the petition were collected on the 17-18 June 2013 in Bucharest, at the House of Cards 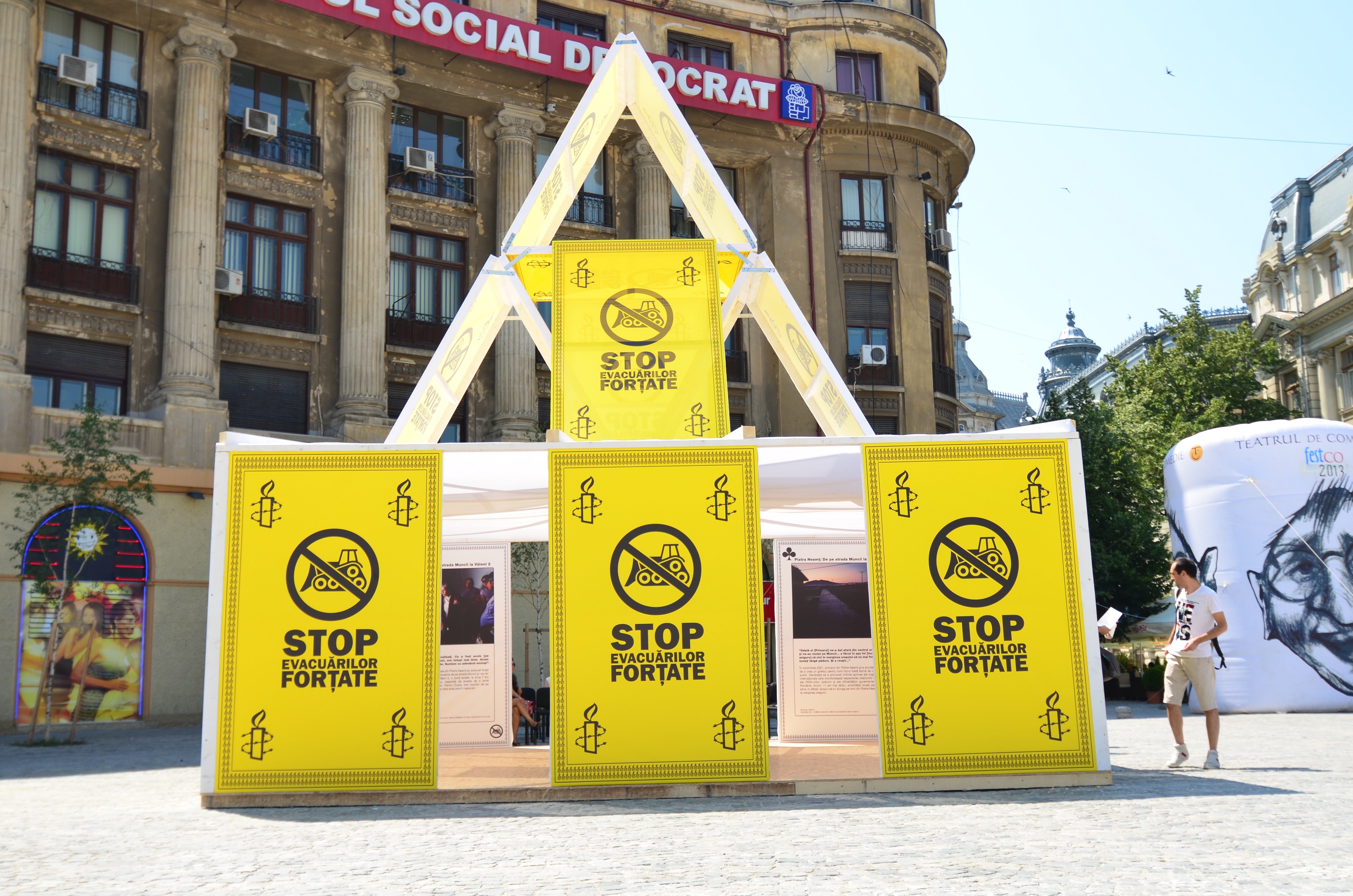 installed with the occasion of the launch of the Amnesty International report “Pushed to the margins” that documented several cases of forced evictions from Romania, including Cluj-Napoca, Baia Mare and Piatra Neamt. The House of Cards meant to symbolize the unsafe and inadequate housing conditions to which Roma communities are often relocated. It portrayed images and quotes from people who have been forcibly evicted, and also included satellite images highlighting how Roma in Cluj-Napoca and Piatra Neamt are marginalized, as well as a petition calling on Romania’s Prime Minister to end forced evictions and to protect the right to adequate housing in national legislation.

Also please send your message of support to the Roma communities by uploading a solidarity photo on the Tumblr page available at http://roma-evictions.tumblr.com/. 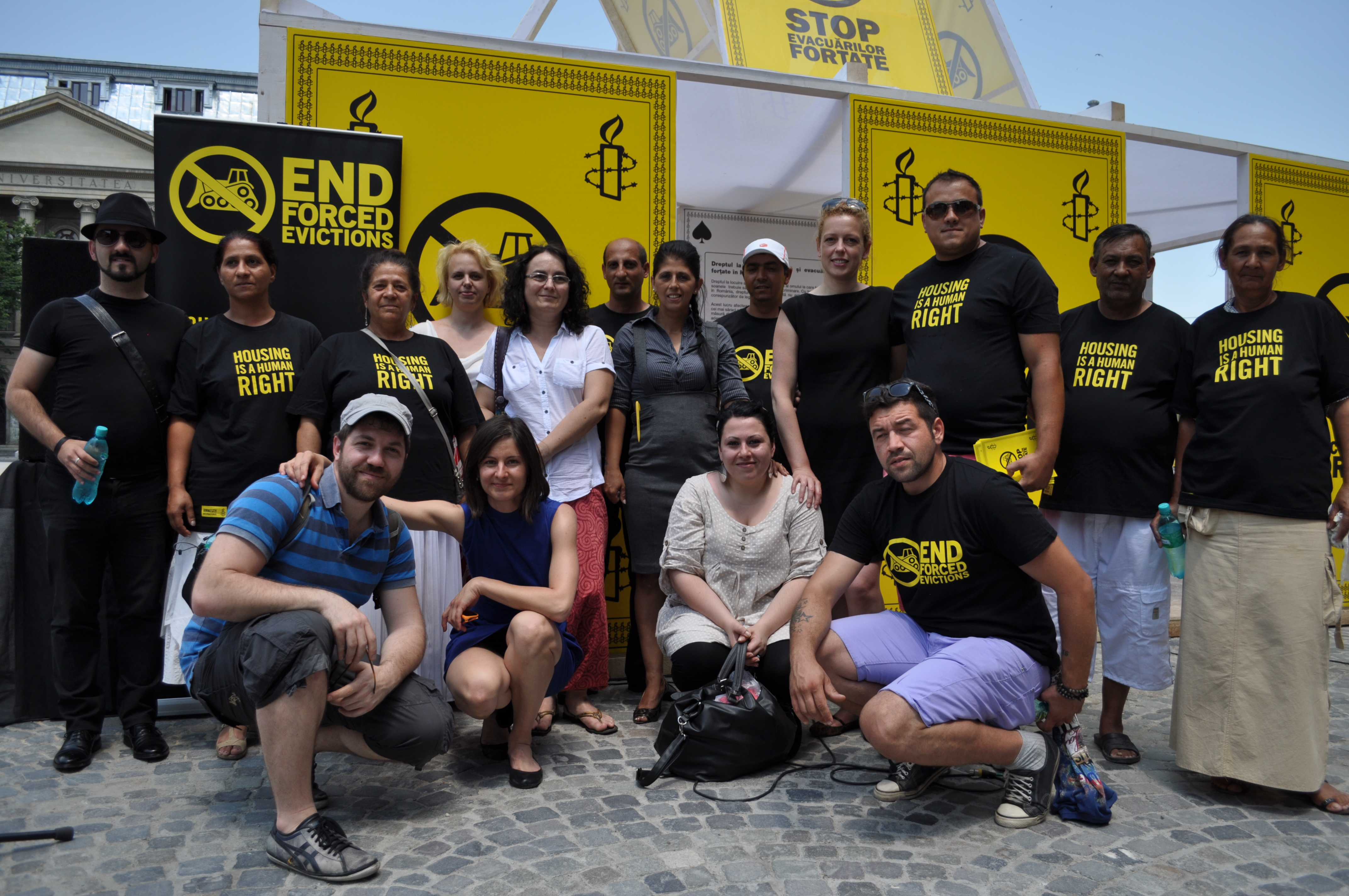 More recently, Amnesty International issued a set of Recommendations to the Lithuanian Presidency of EU.On Romania they flagged the case of Coastei Street (Cluj-Napoca) forced evictions and linked it with the systemic change required in the legislation.http://www.amnesty.eu/content/assets/hdr/Lithuanian_presidency.pdf