On 28.02.2018, Desire Foundation and Căși sociale ACUM!/ Social Housing NOW! sent a letter to Mr. Ramiro Fernández-Bachiller, ambassador of Spain in Romania, in which we expressed our support for the initiative of Plataforma de Afectados por la Hipoteca (PAH), Platform of Mortgage Affected Victims from Spain.

Together with several other groups gathered under the European Action Coalition for the Right to Housing and to the City, we formulated the request for the Spanish ambassadors across countries to publicly support the PAH Housing Law and to let the Spanish government know the necessity of not vetoing this legislative proposal, which is awaiting to be debated by all political parties in the Spanish Congress. On this very day, a group of PAH activists are running an action in the European Parliament to let MEP’s know about the housing emergency that the Popular Party (PP) led government tries to hide. In the Spanish state there are 173 evictions every day. More than 5 million households suffer energy poverty due to not being able to afford utility bills. And up to 7,000 people die every year because of energy poverty.

We express our solidarity with PAH: “Sí se puede!” 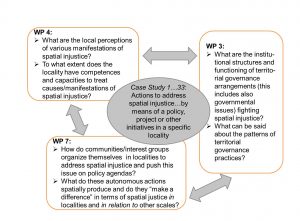