An educational program that included a course development and a teaching process, and it was offered for a group of students from Babes-BolyaiUniversity selected through competition. Courses on political anthropology (Eniko Vincze), ethnicity and interethnic relations (Margit Feischmidt), field methods in cultural anthropology (Magyari Nándor László) , visual theory and practice (Csilla Könczei) were developed and offered in the academic year 1996-1997 as an extracurricular program. This was supported by Illyes Foundation (Budapest), and it functioned as part of a network of programs offered for the most excellent Hungarian speaker students on philosophy, literature, psychology, sociology and cultural anthropology. A year later, the team involved into this project initiated, together with other colleagues, a master program on Cultural Anthropology in Romanian language at the Faculty of European Studies, Babes-Bolyai University. Moreover, in 2005 they sustained the idea of developing a Hungarian-language master program program entitled Complex cultural research, which also included courses and seminars offered in English. Due to several organizational changes at Babes-Bolyai University, since 2007 these programs are not functioning any more, but the institutional and professional expertize gained through them informed many other further initiatives, with or without the participation of the group from 1996.  Histories of these institutional developments are presented in the volume Anthropo. Imprints. Amprente. Lenyomatok (Cluj:EFES, 2007) together with papers produced by former graduate students, teachers and collaborators in teaching socio-cultural anthropology at Babes-Bolyai University.  ANTHROPO FINAL_2008 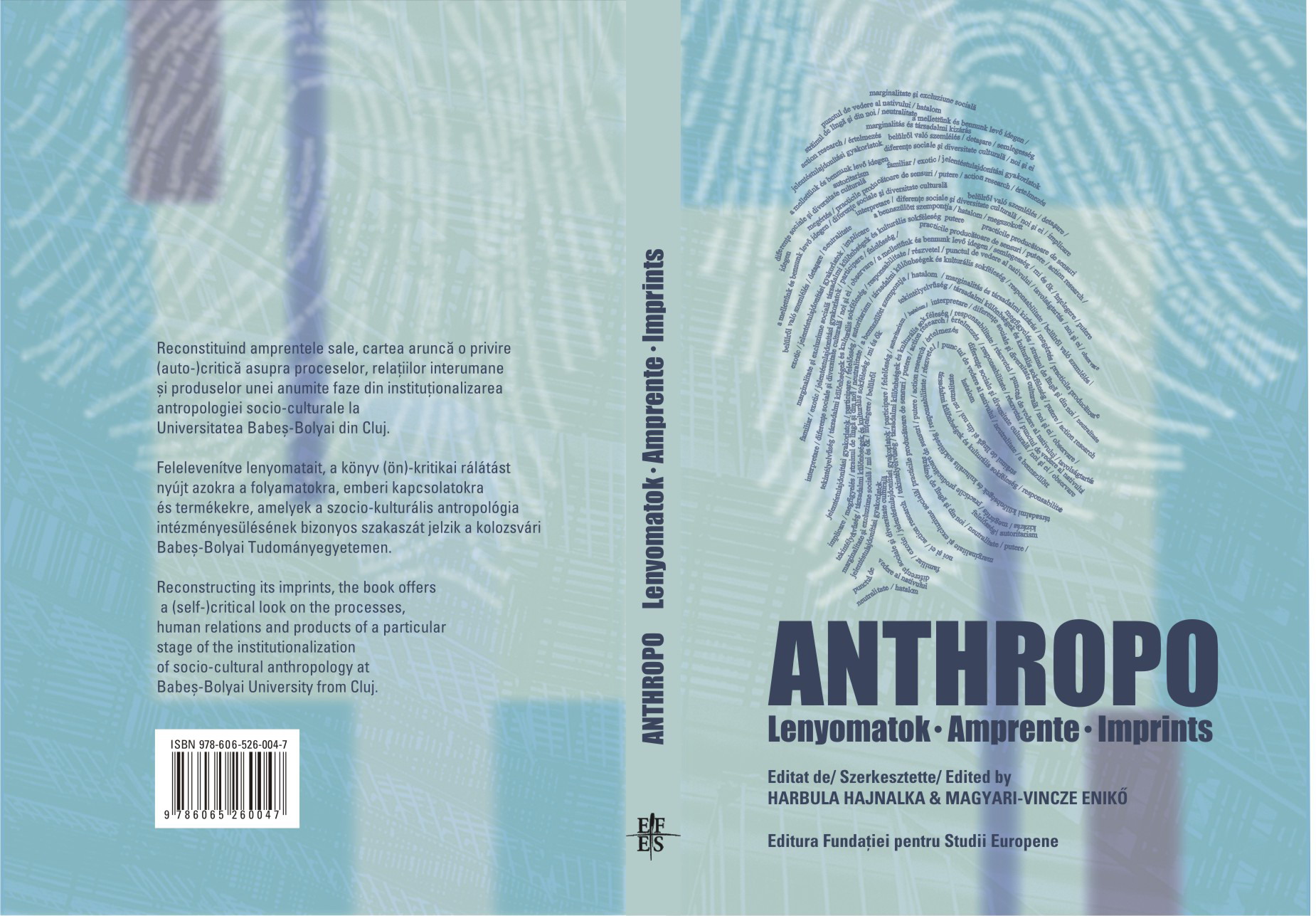 A summer school and workshop co-organized with the Faculty of European Studies, Cluj, Romania, the Cultural Anthropology Program of Janus Pannonius University, Pecs, Mona Foundation, Budapest. With the participation of faculty, researchers and students from Central and Eastern Europe, and of scholars from Western Europe and USA. women and men progr_1996. Organized in July 1996, with the support of the East East Program of Soros Foundation, UNESCO Paris, and Neuman Foundation, Budapest. The outcomes of the conference were published in the volume “Women and Men in East European Transition” (Cluj: EFES, 1996).

How to Study Cultural Encounters? The Case of Migration, 1997

A workshop organized in May with the participation of faculty from Babes-BolyaiUniversity and representatives of non-governmental organizations from the city of Cluj interested to promote women on different sites of society.

A workshop organized in May, as a result of the co-operation between Foundation Desire and the Tranzit House from Cluj, a centre for alternative contemporary art. With the participation of scholars, faculty and representatives of Roma organizations and of national and international organizations working on human rights. The event was sponsored by the Ministry for the Protection of National Minorities, Romania.

This program administered by Foundation Desire was developed and accomplished by the Interdisciplinary Group for Gender Studies of the Institute for Cultural Anthropology at the Faculty of European Studies. It aimed at developing a teaching and structural capacity on gender studies at Babes-BolyaiUniversity, Cluj. The M.A. program on Gender and Equal Opportunities was launched in the academic year 2003-2004 (Gender, differences and inequalities), and transformed into a two year long program in 2007 (Gender research and equal opportunities). It functioned as such till the summer of 2010. First at the Faculty of European Studies, and afterwards at the Faculty of Political, Administrative and Communication Sciences.

A conference co-organized between 28-30 of June together with the Institute for Cultural Anthropology and the Interdisciplinary Group for Gender Studies from Babes-Bolyai University, and with the Foundation for Visual Anthropology from Sibiu. The conference had participants from Eastern and Western Europe and from the United States working on gender studies and cultural anthropology, and beside the plenary sessions and the thematic panels included an exhibition entitled “(Per)forming  Identities”, film screenings and book presentations. The resulting book Performing Identities was published in 2004 (Cluj: EFES). performing identities

The research of cultures across borders, 2006

Academic cultures and the feminist critique, 2007

Co-organized by Foundation Desire in cooperation with the Centre for Gender Studies at Babes-Bolyai University, this international conference aimed at discussing about politics of gender inside and outside the academia, the power regimes of universities and feminist participation, and as well as about knowledge production and social change informed by feminims. 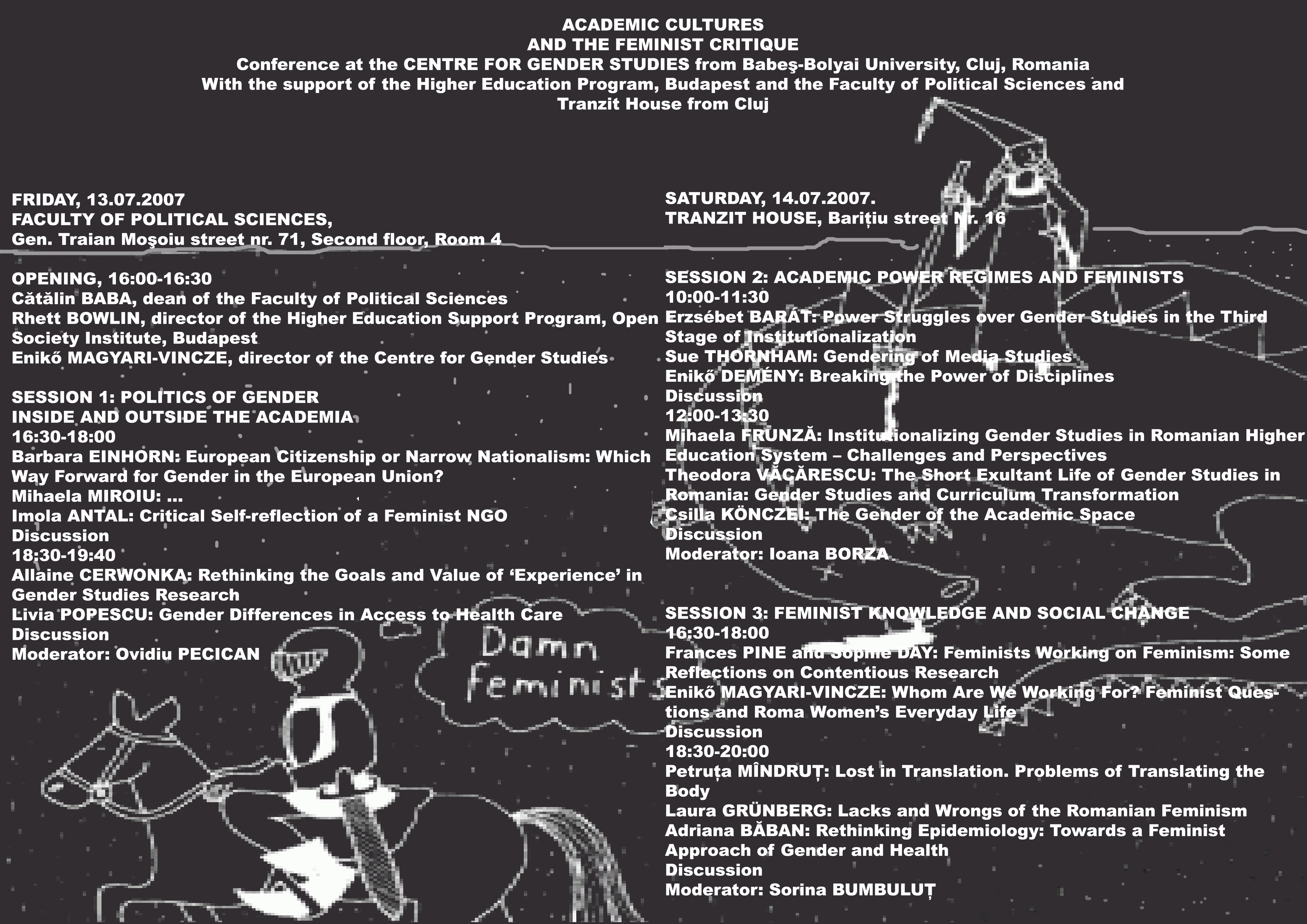 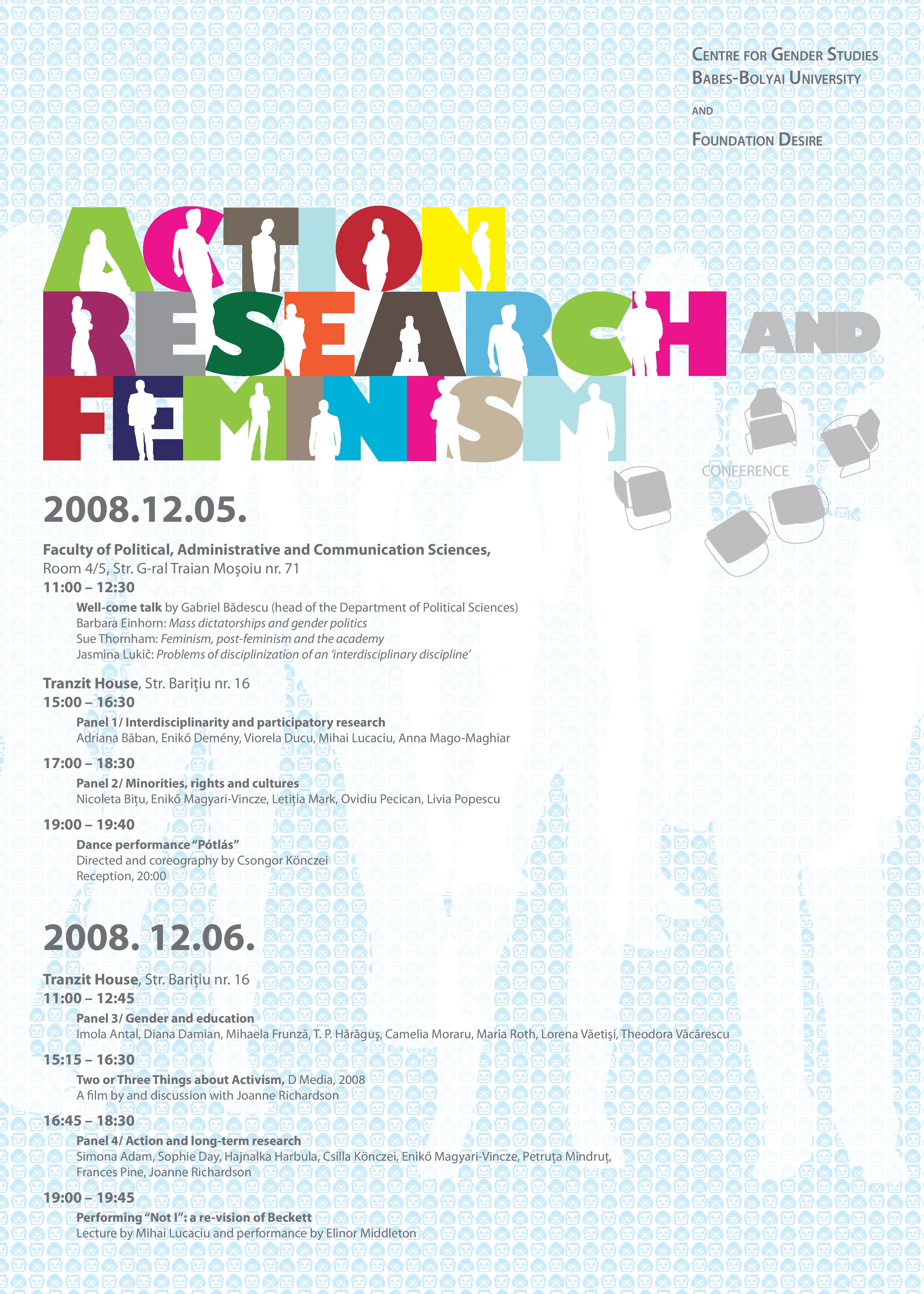 Training for the promotion of the principle of equal opportunities and non-discrimination, 2008-2011

Activity conducted within the project “Equality through difference. Roma women’s access to the labor market” coordinated by the Roma Women’s Association ‘For Our Children’, in a partnership with Foundation Desire and other organizations. Trainings were offered to representatives and staff members of public authorities, non-governmental organizations, media, and companies on (1) Romani communities and cultures, (2) Equal opportunities and non-discrimination in labor, and (3) Inter-cultural communication. In 2009 members of Foundation Desire were contributing to writing up two of the three training guides. Foundation Desire also took care of the editing and publishing process. Moreover, collaborators of our Foundation took part in 2009 and 2011 on the trainings delivered in the cities of Cluj, Timisoara, Bucharest and Iasi. 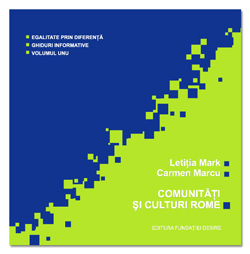 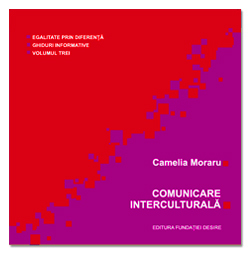 Together with other partner organizations within the project “Equality through difference. Roma women’s access to the labor market“, Foundation Desire elaborated position documents regarding the main issues of the project, also including the presentation of project results. These documents were presented with the occassion of meetings, roundtable discussions and public debates with local authorities (for example the county councils for equal opportunities from Cluj and Timisoara) and national authorities (for example in the Palace of the Romanian parliament), but as well as with representatives of civil society organizations and media. 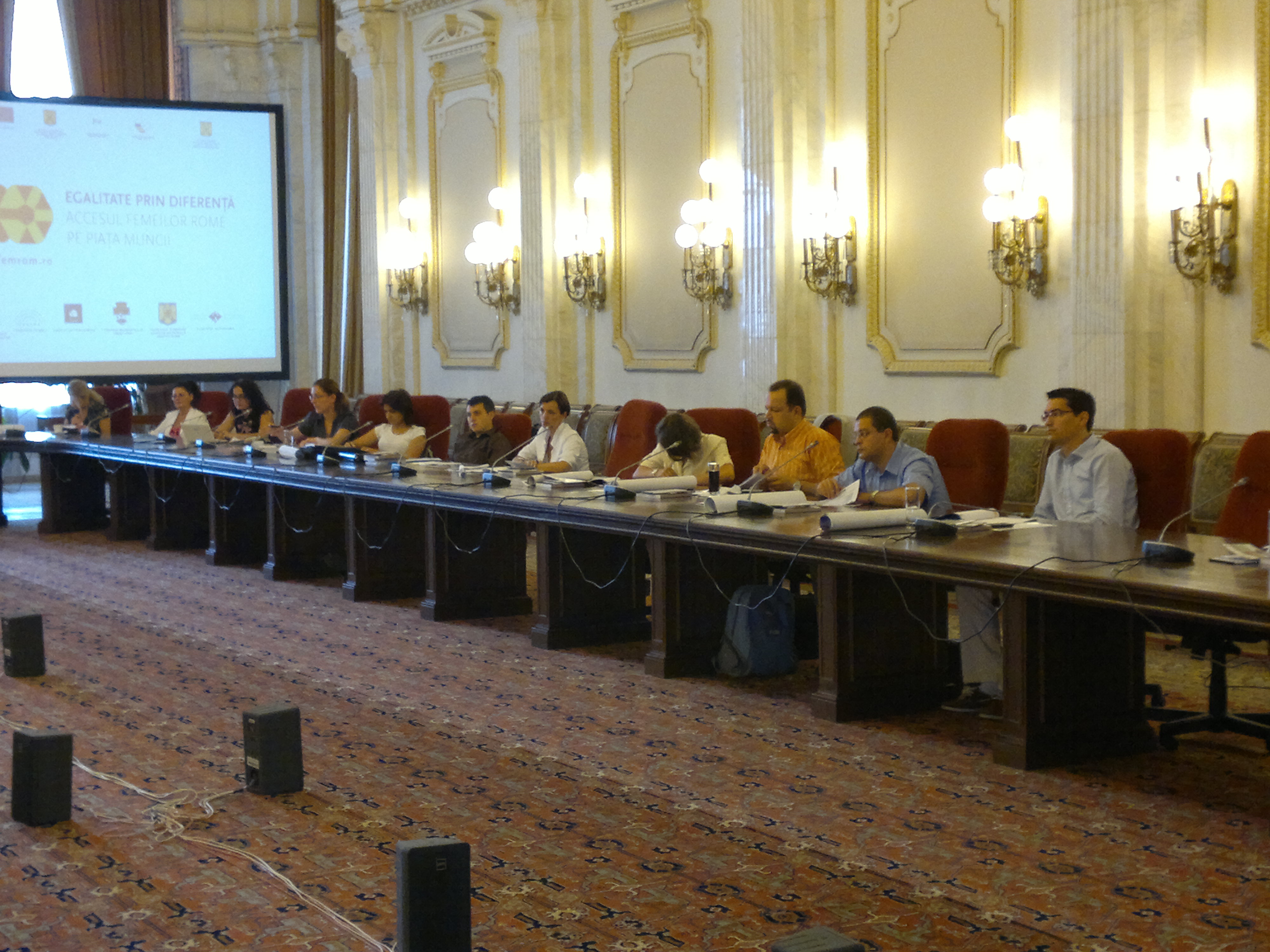 International conference organized within the project “Equality through difference. Roma women’s access to the labor market” coordinated by the Roma Women’s Association ‘For Our Children’, in a partnership with Foundation Desire and other organizations. Conference participants came from civil society organizations from Romania and from abroad, and as well as from Romanian public authorities, and representatives of European institutions. [Romani women FINAL conference agenda]. Conference conclusions [conclusions conference romani women for equal opportunities 2011] were also published in the Project Album produced at the end of the project. As a special moment of the three day long conference, Romani Design from Budapest and local Roma girls and women offered the conference participants and unconventional program. Through a fashion parade they not only gave participants a moment of relaxation, but raised awareness about the social and political relevance of fashion in terms of human and cultural recognition and inter-cultural communication. Fragments from the conference’s panel “Romani women’s activism”: http://www.youtube.com/watch?v=rX-llnSAL4I 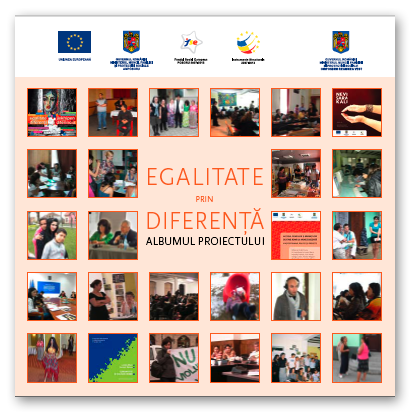 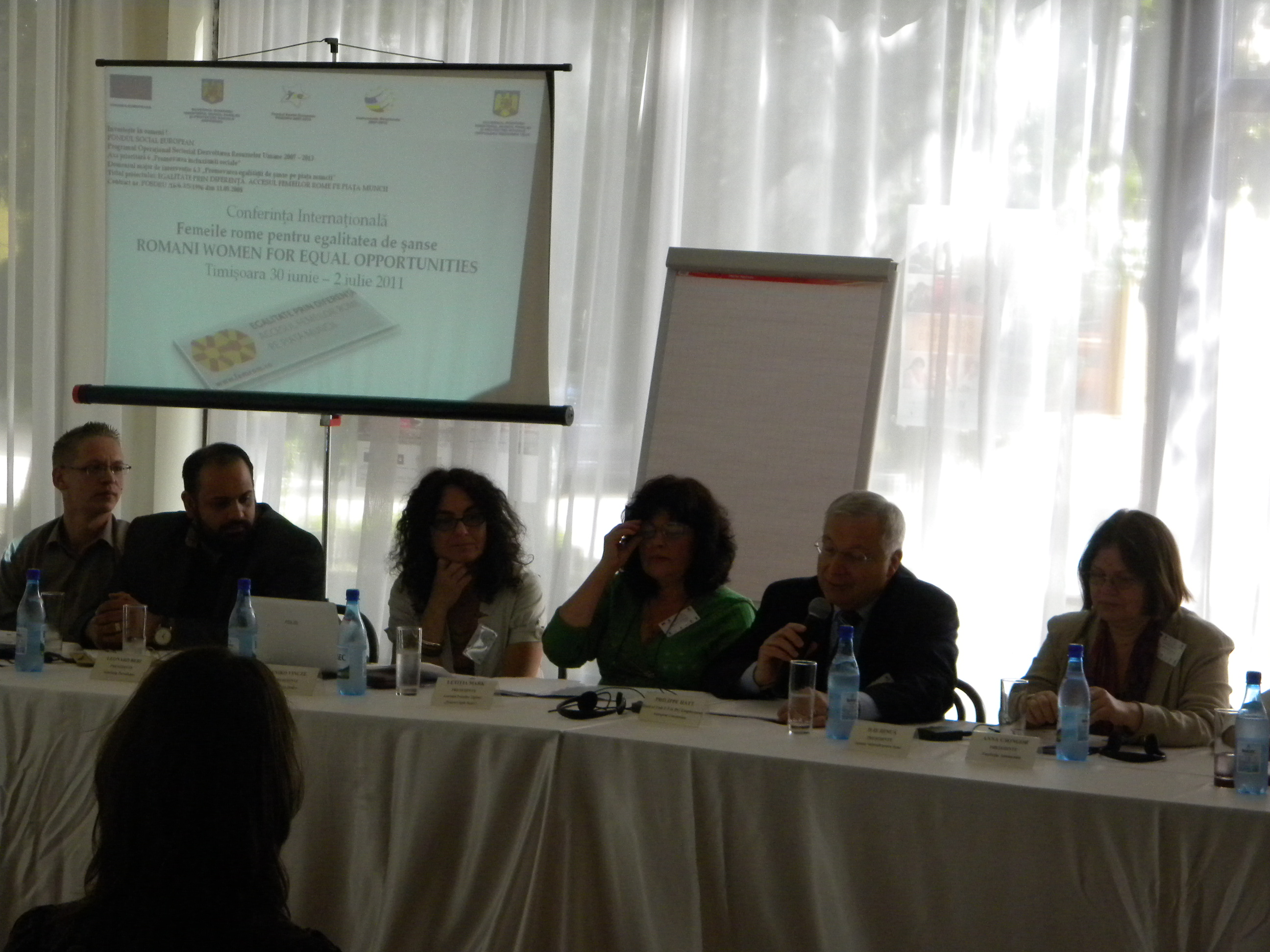 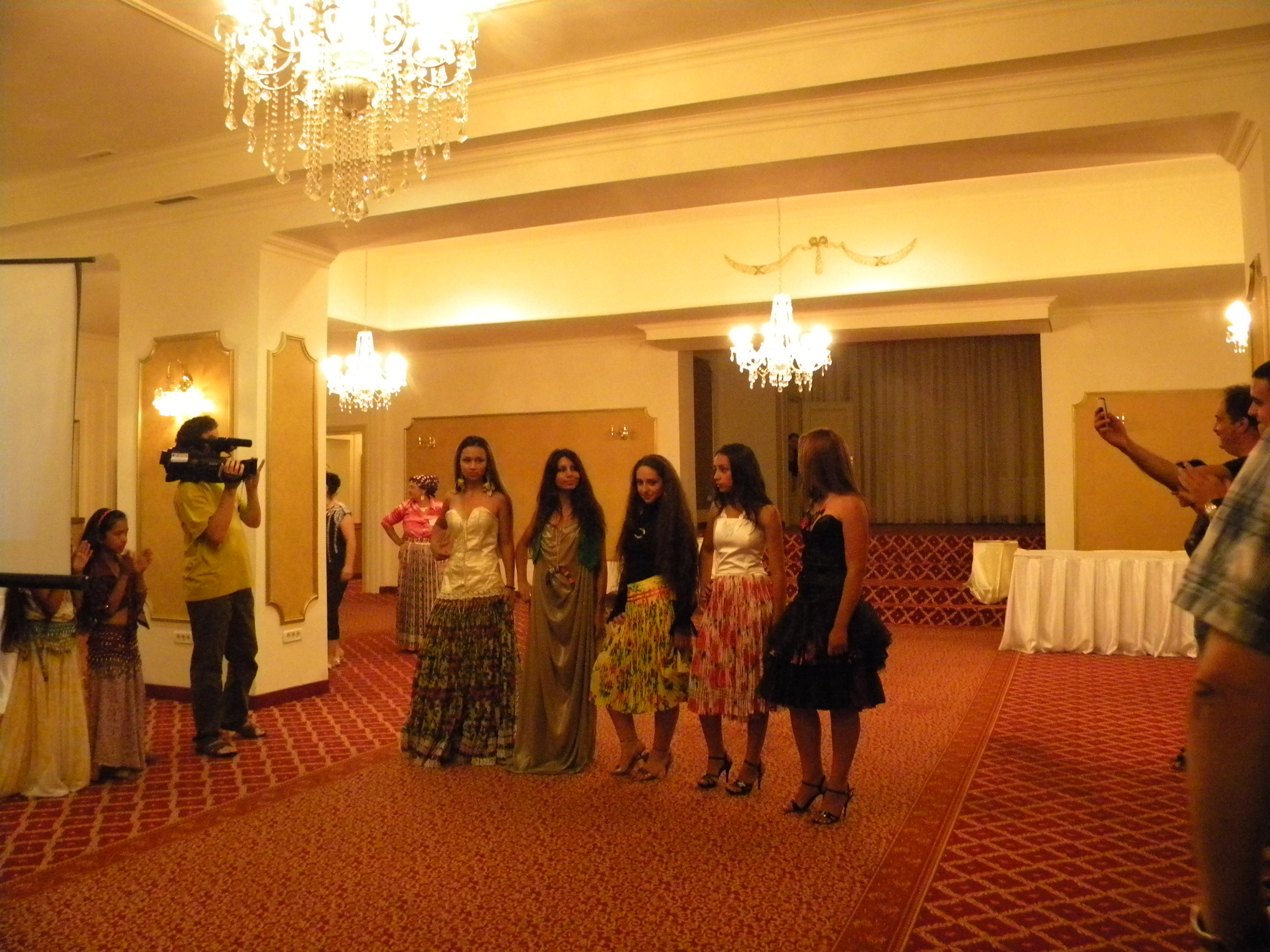 Foundation Desire organized on 12-13 April 2014 in Cluj, the constitutive workshop of the North-Vest Network for the participation of marginalized Roma communities in the elaboration, implementation and monitoring of local public policies for inclusive development (N-V NPRP). With the participation of delegates of founder members: Foundation Desire, Cluj; Foundation Ruhama, Oradea; Association Equal Opportunities, Zalău; Humanitarian Association Together for Them, Baia Mare; Community Association of Roma from Coastei, Cluj; Babeș-Bolyai University of Cluj-Napoca: Faculty of Sociology and Social Work, and the Faculty for European Studies.